Fish Are The Last To Notice The Water

By now it should be obvious to the people of the West that they’re being held in a primitive bondage. And fortunately, more eyes are opening to this than ever before.

But still, most people are so used to this particular “water” and have so long acclimated themselves to it, that they haven’t recognized it. There’s nothing inherently wrong with most of these people; they just haven’t stepped back far enough to see the obvious.

More here
Posted by Brian Wilson at 1:52 PM No comments:

"My take on the "political morass" - actually "political more ass"?Redundant. Predictable. Anathema to Liberty and Freedom. There is no area of human existence that is not in irreversible decline - except for those who never progressed past the Crusades anyway. The end of Western civilization as we know it is beyond salvage. Just as the laws of physics cannot be denied indefinitely, the laws of economics, human nature, and political corruption will continue until some final cataclysmic event resets the clock of human endeavor. Only this time, with the escalation of human ingenuity, we as a species have managed to progress to the point of guaranteeing our own eternal destruction. Even if such an event is avoided, the universal epidemics of aggressive ignorance, contagious apathy, and instant gratification will ensure a standard of living rivaling that of the Neanderthal - minus the unattractive skeletal manifestations.Downer? You betcha. Yet everything to the contrary is a masturbatory fantasy to keep one distracted enough to become irretrievably lost to the reality of the times. I'm up for worthy fact-based contradictions as long as they don't rely on the Old Man In The Clouds "have faith and ye shall be saved" mythology wherein one must live in perpetual hope of some Paradise that cannot be realized until one dies. Only then do you get to see what's really behind Door #3.Cynical? Could be - if I'm wrong; prescient if I'm correct. Frankly, I don't really give a damn either way. "On a long enough timeline, we're all dead" so the rest is just a bottomless debate. Choose not to participate and you wind up on the same side as the Winners. Or Losers.Against this background, you might be able to appreciate my "take" on things "political" is agnostic. I can and do write, speak and argue points far less ethereal to get a paycheck for providing some small measure of intellectual entertainment - or aggravation - as the case may be. What the audience does when the show is over or the article is finished is irrelevant to me. Like it, hate it or something in-between. Ultimately we are individually responsible for what we know as well as what we decide. Everything else is a peeled balloon."- A. Nony Mous
Posted by Brian Wilson at 6:57 AM No comments: 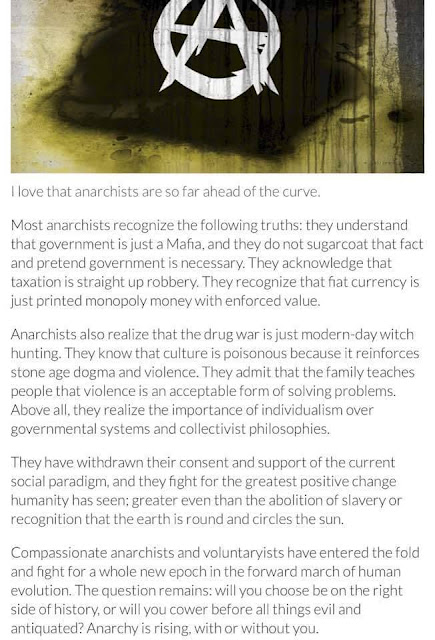 Posted by Brian Wilson at 1:05 AM No comments:


Noticed a spike in the topic of “secession” lately? Why the sudden interest, especially from Big Government types on the Left? Chalk it up to the hissy fits ricocheting around the country, a result of Donald Trump’s surprise election. Since political options for the Losers are mostly limited to chanting old '60's slogans and "slow walking" the Trump agenda, secession has become the new hot buzzword. California, the state that gave us the Pet Rock, Hula-Hoop and Charles Manson, is leading the way with websites, petitions and big plans to get a referendum on the state ballot ASAP. Current polling has the support of one in three.


Maybe - just maybe - they have the right idea. Lew Rockwell, Founder/CEO of the Mises Institute, discusses Break Up the USA with Brian Wilson on this episode of Judging Freedom.

Posted by Brian Wilson at 8:10 PM No comments:

If you have an opinion about music that differs from mine, I don't really care. I can ignore the difference and get along with you just fine.

If you have an opinion about evolution that differs from mine, I don't really care. I can ignore the difference and get along with you just fine.


If you have an opinion about style that differs from mine, I don't really care. I can ignore the difference and get along with you just fine.

If you have an opinion about religion that differs from mine, I don't really care. I can ignore the difference and get along with you just fine.

If you have an opinion about history that differs from mine, I don't really care. I can ignore the difference and get along with you just fine.

If you have an opinion about medicine that differs from mine, I don't really care. I can ignore the difference and get along with you just fine.

If you have an opinion about POLITICS that differs from mine, I can't just ignore the difference and get along with you. Why not? Because ANY "political" opinion that differs from mine necessarily includes you wanting men with guns FORCING me to live my life, make my choices, and spend my money according to YOUR preferences and whims. There is no such thing, and can be no such thing, as a tolerant statist. If you want peaceful coexistence, YOU have to stop advocating violent aggression against your fellow man.

A Voluntaryist
Posted by Brian Wilson at 8:27 PM No comments:

It was announced today that the thirty-five year prison sentence of Chelsea Manning has been Presidentially commuted. Barack Obama deserves no credit for this, he's only planting land-mines for Donald Trump.When she is released in May (no, I don't know why the delay), she will have served seven years, during which she was confined in such an inhumane manner that she went mad and tried to kill herself more than once. Knowing the mentality of jailers as we do, we can only imagine the other ways that she was intimidated and tortured by corrupt "corrections" personnel, acting under the scoundrel's excuse of patriotism.

Naturally, all of the conservatives in the New Media are going fully as ape-shit as they accuse their unhappy anti-Trump opponents of going. They are absolutely beside themselves (and kind of funny to watch), with self-righteous indignation because a very humble and vulnerable Army private did their job for them.

She paid the price. Manning was tried and imprisoned for releasing 750,000 secret government documents, many of them detailing dubious or illegal government activity, not to some enemy, but to Wikileaks, and thus to the entire world, including the very individuals who are forced, every year, at implicit IRS gunpoint, to pay for them. In a democracy, supposedly comprised of self-ruling people, the government _has_ absolutely no right to secrecy, or else how will these self-ruling people know what decisions to make?

And before anybody's knee jerks, and he brings up the favorite alibi of hip-pocket tyrants and armchair dictators everywhere, this is _especially_ true of the so-called "representative republic" that America is loudly advertised to be. where, again supposedly, We The People hire politicians, and they hire bureaucrats to make these decisions for us. I don't recall ever consenting -- in a Jeffersonian sense -- to such a corrupt system. How can any of us vote informedly, if politics itself is cloaked in guilty secrets? Isn't that exactly how we got stuck with an evil administration that, in 1941, enticed a fairly stupid enemy into providing us with an excuse to destroy them? Isn't that how an equally evil regime faked an incident that led to 60,000 American deaths in Southeast Asia? And how about those "Weapons of Mass Destruction" in Iraq? Representative republicanism is a complete and total hoax.

In a colossal example of the Catch-22 phenomenon, rivaling the Spanish Inquisition or the Salem witch trials in its evil absurdity, at Manning's "trial", the government was unable or unwilling for all-too-convenient "security reasons" to name any identifiable individual whose life was endangered by the information she released. Had they been committing war crimes, as at Abu Graib, was she supposed to keep her mouth shut about that? And in any case, in this enlightened era of an all-volunteer military, there is presently nobody out there in the field who was forced to be there at gunpoint. The risk of having one's ethical shortcuts embarrassingly exposed is simply a new one to add to the list of consequences of going in Harm's Way.

It is the very depth of churlishness to condemn Chelsea Manning as a criminal or traitor. She was, in fact, fulfilling her military oath far better and more faithfully than those she worked for. If Obama hadn't dirtied it by giving it, like a Crackerjack prize, to Joseph Biden, she deserves the Presidential Medal of Freedom (as do Julian Assange and Edward Snowden). As it is, we welcome Manning back into civilization and only hope that others will be as civilized as she is.

Posted by Brian Wilson at 5:26 AM No comments: